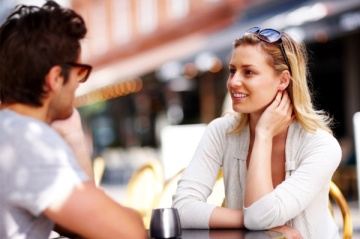 Many women are attracted to much older men. Men who are 15 or even 20 years older can appear more confident, more stable, and even sexier than their younger counterparts. An older date may have interesting stories to tell about his life, and he can expose you to a new world with exciting adventures. Older guys can also seem more stable, and many older men are looking to marry.

When a younger woman calls her date mature, she’s not just referring to his age. An older man has a better sense of himself. He’s well established in his career and his life. He doesn’t engage in late-night drinking binges with his friends. Instead, a much older man has reached a more settled point of his life. He doesn’t want to pick up a variety of women; instead, he is often looking to establish a serious relationship with just one woman.

When it comes to sex, an older male is perceived as knowing his way around the bedroom. He’s had to time to perfect his technique, and he can show his younger lover a good sexual time.With an older man, women don’t expect any awkward moments in the dark. They expect the guy to know exactly what he is doing and to take the time to meet their needs.

Many older guys have already had time to experiment and play the field. Now, they are looking to settle down and commit to a long-term relationship or even to marriage. At this point in his life, he knows that he doesn’t want to be alone, and he knows the type of woman who will make him happy. If they have not already had children with previous spouses, older men may wish to immediately marry and start a new family, Women who are ready to marry and have children find that much older men may be the perfect fit for them.

Women are drawn to older men because they are better communicators. Men with an age advantage of 15 years or more have already been through previous relationships. They have learned from their mistakes. They will try not to repeat these actions as they work on a new relationship. Older guys may dwell less on jealousy issues and instead focus on communicating clearly with you so that there will be no misunderstandings. He will be ready to work at making this relationship succeed.